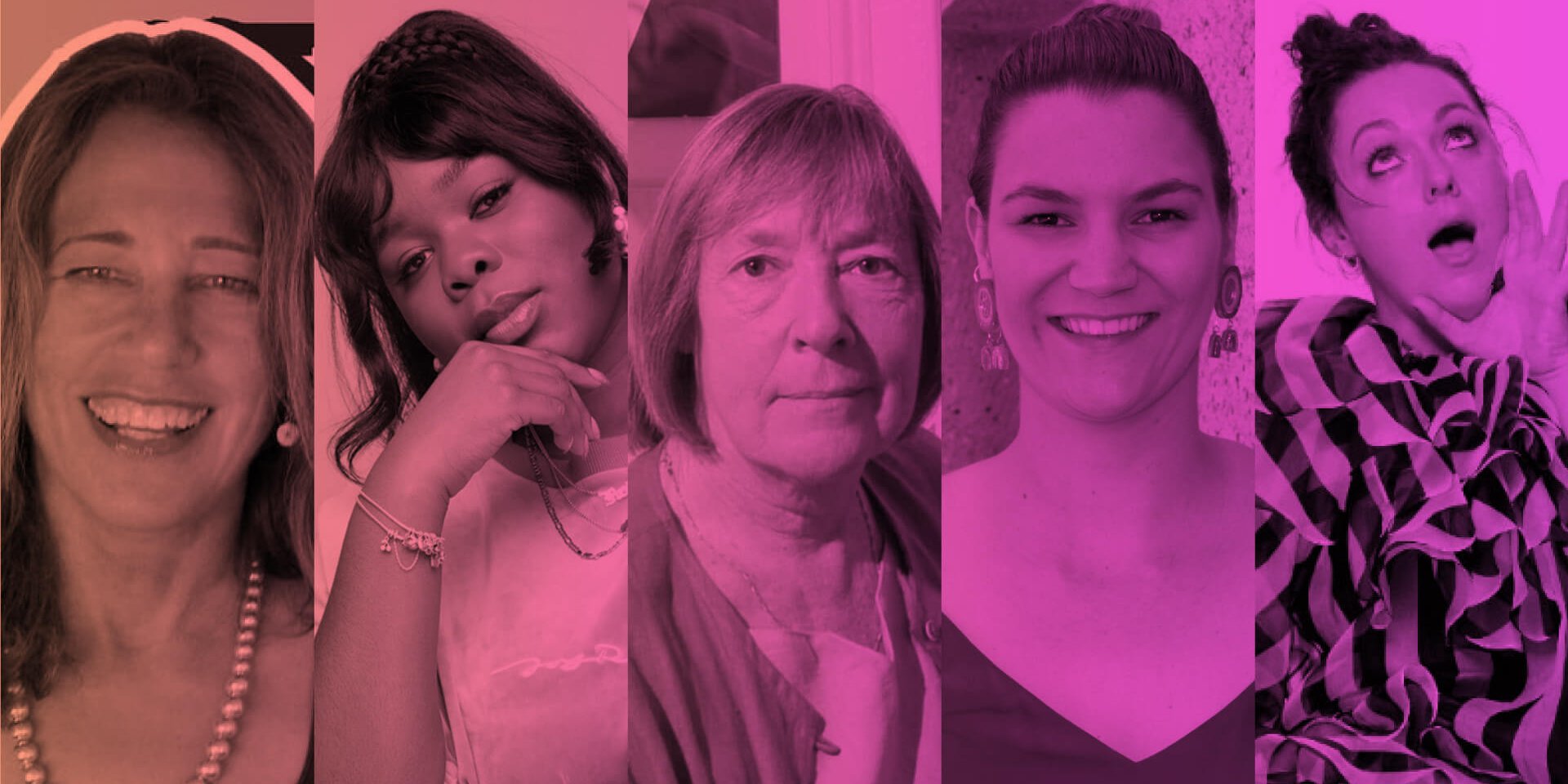 We feel, unbelievable creativity and tremendous achievements come from any industry or gender.

Susan Kare designed the first-ever computer icons for Apple – which played a huge role in establishing a new visual language for digital-interface design. This transpired into the iconography we associate with cut, copy, paste, delete and countless other commands so easily today.

With a degree in Fine Arts from The New York University, Kare’s career had a predominant focus in fine art and sculpting. In 1982 she was asked by high-school friend, Andy Hertzfeld to design a suite of icons and font elements for Apple. Kare took a chance and said yes. From grid notebook to digital – Kare’s humanised and easy-to-understand illustrations provided the foundation of iconography we interact with every day.

The actor, comedian and writer is often described as an overnight sensation, ten years in the making. Celeste Barber has a talent for bringing people down to earth with her light-hearted content. She is most famous for her comparisons between herself, depicted as the relatable everyday woman and the seemingly unattainable looks and behaviours of the rich and famous. Not only is this a great laugh, but also sends a wide-spread message of body positivity that sheds light on how important it is to have self-confidence.

What would you say is one of the most used graphic design pieces in the world? Road signs.

Something so simple, we forget how vital they are to our day-to-day routines, particularly in the Westernised world. You would think this design task would be carried out by experienced designers, with years of wayfinding knowledge to guide them. At 27 years old, Margaret Calvert was tasked with re-designing the UK’s road signage while working at Jock Kinneir’s practice.

The mammoth task took five years to complete, including the design of two typefaces and a system of pictograms, all of which had to be read from a distance and at great speed. These designs have been emulated across the globe – from Australia to Abu Dhabi.

A designer with a voice. Rachel Sarra is a talented Aboriginal artist and designer, driven by her passion for exploring her Aboriginality through her work.

Sarra’s striking work includes larger-than-life projections and painted murals, designs gracing buses across Brisbane, a jewellery collaboration with Concrete Jellyfish Co. (a fabulous female founded-company) plus a variety of apparel, prints and more. She is an incredible advocate for the Australian Aboriginal community, consistently using her platforms to educate her followers on Indigenous history, culture and rights.

Host, presenter, DJ, Podcaster, CEO and company founder Lillian Ahenkan, most commonly known as Flex Mami, is a woman who has all bases covered. Using her multidisciplinary skillset, Flex Mami promotes discussions about taboo topics, identity, pop culture, dating and critical thinking – just to name a few.
A creative and fun way she has done this is through ReFlex, a card game centred around facilitating conversations surrounding identity, intersectionality and mental health. Flex Mami stays true to her core messaging and mission – promoting the power of self-belief and acceptance for all.

Elevate your Social Game with a Facebook Marketing Partner
July 12, 2021